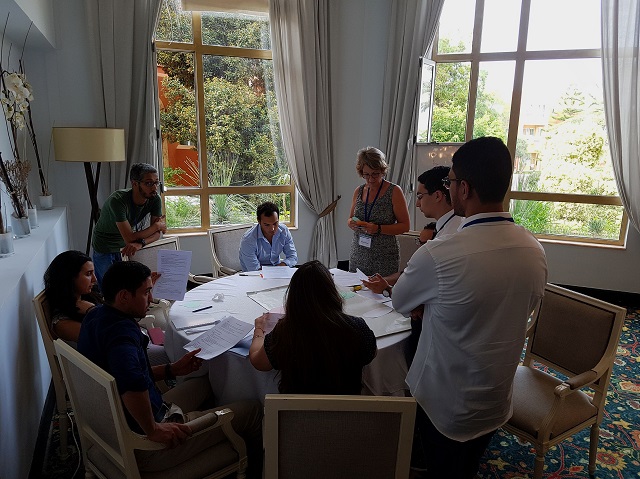 One participant summed it up in the last reflection session: "When we visited Strasbourg, we got to know the European Parliament and also met members of parliament. However, I did not understand how the EU institutions really work until I experienced it in the simulation".

Three intensive seminar days laid behind approximately 25 young adults from Morocco, Tunisia and Algeria. Many of them are key players within their local civil society.

In a workshop entitled "Shaping Neighbourhood", they not only learned methodically and through a simulation game on the Eastern EU partnership, but also the functioning and processes in and between the main EU institutions. They reflected on the principles of democracy, the relationship between EU and the Maghreb states and also on the further development of a closer relationship. Using interactive methods such as roundtables and discussing photo cards depicting socio-political situations, the participants approached the question: "What is democracy?".

In the simulation, they acted upon the fictious situation of the inclusion of eastern non-EU states in an EU partnership program: The Commission, the Council of Ministers and the EU Parliament, together with the representatives of the respective candidate countries (Georgia, Moldova and Ukraine), debated possible joint perspectives. A pair of journalists, simulating an EU and Russia public view accompanied the negotiations.

During the evaluation the participants were not only enthusiastic about this particular method but also about the newly acquired knowledge. Also, the discussions about the basic principles of democracy and the future of a possible deepening of relations between the EU and the Maghreb countries, the civil society of their home countries and the value of democracy itself have been stated as an enrichment.

The seminar was carried out by the CIVIC GmbH on behalf of the Konrad-Adenauer-Stiftung Tunisia. 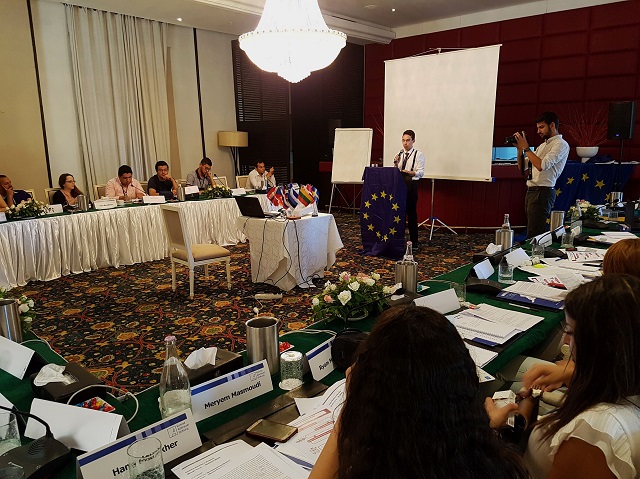 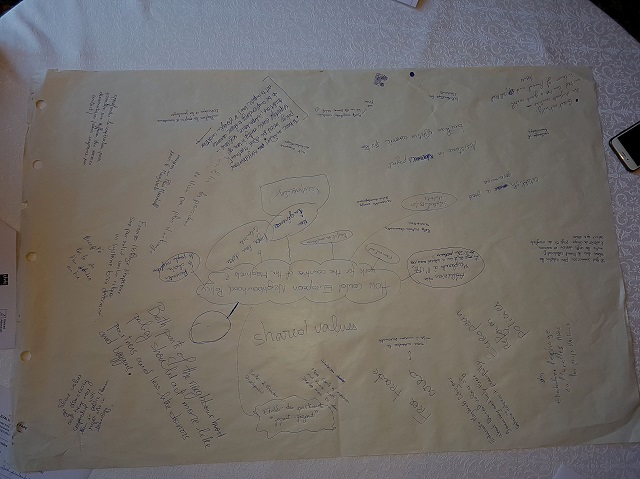