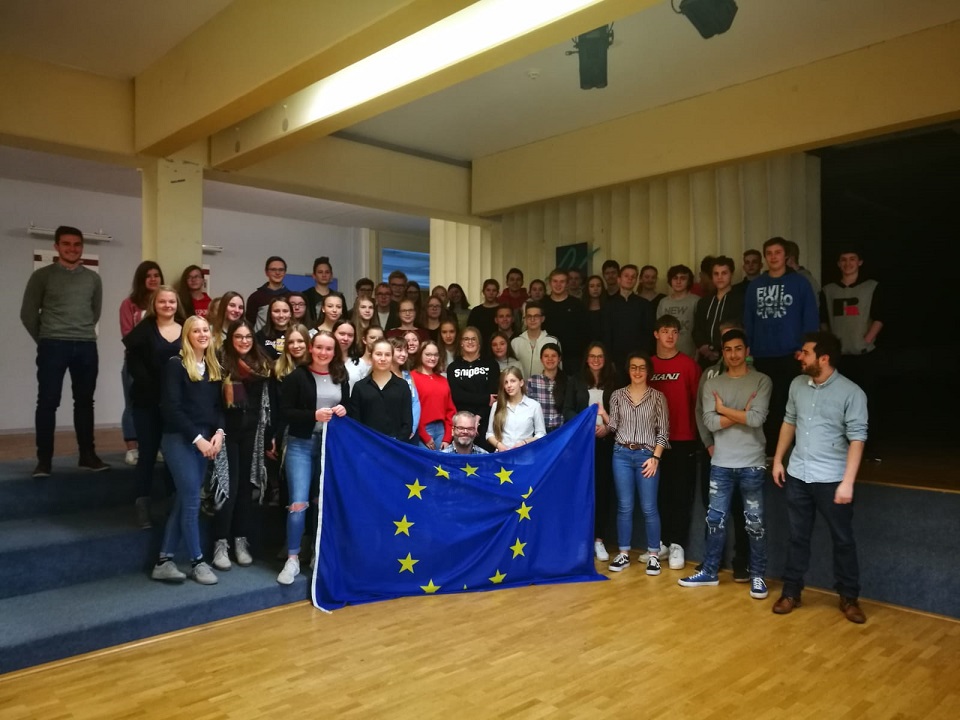 Pupils from Jacobson Gymnasium Seesen slipped in roles of European protagonists in the framework of the simulation “Fokus Balkan” from 22nd to 23rd of November 2018. They debated if Albania, Macedonia and Montenegro should be welcomed as new member states of the EU. The participants had been discussing intensively for two days the pros and cons of enlargement. At the end, they opened for three countries the EU´s gates for membership. Previously, critical interviews took place with the applicant countries in the Council, the Parliament and the Commission in order to decide about the candidate status. Subsequently, a comparison was made with reality in which the participants could discuss questions about enlargement and could reflect on the simulation.

The event was conducted in cooperation with Politisches Bildungsforum Niedersachsen of Konrad Adenauer Foundation.

A report by the "Seesen Beobachter" can be found here.