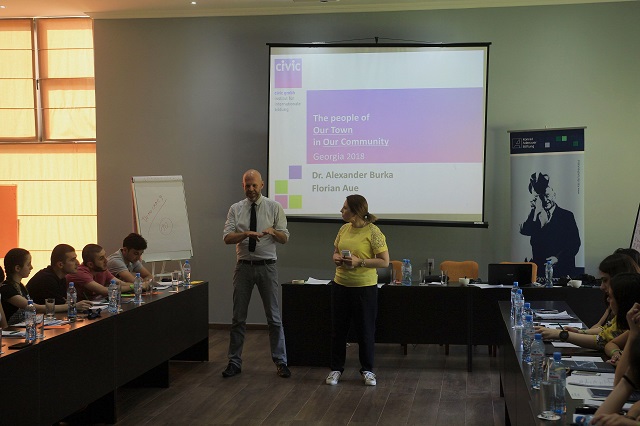 The parliament members had to take another break after the second election of head of government. The first and second ballot in the simulation did not produce a clear result. But there was no time left for a third voting: The georgian students - now dismissed from their roles as politicians and parliamentarians, lobbyists and journalists - were awaiting an intensive reflection session. They had played the democracy simulation "Our community" – written by CIVIC. The experience had raised many questions among the young participants, which were discussed together with the facilitators Dr. Alexander Burka and Florian Aue.

For three days of "Summer School" 25 students from the state Georgian universities Ilia and Kutaisi came together at the Lopota Lake Resort in Kahkesi. The seminar had been financed and organized by the KAS regional office Tbilisi / Georgia. During very different theoretical and practical seminar modules the students took the main questions and theses of democracy and political participation into focus (topic: "Politics and Bargaining"). At the last day of the seminar there had been room for a deeper discussion and reflection on the topic of the seminar and also an outlook.

By the end of the seminar the takeaways could be read on the evaluation flipcharts: Many of the seminar results and findings were valuable and important for the georgian students. Democracy as a concept for them was now easier to grasp, due to the practical seminar methods themselves they had and experienced and learned much more sustainable. 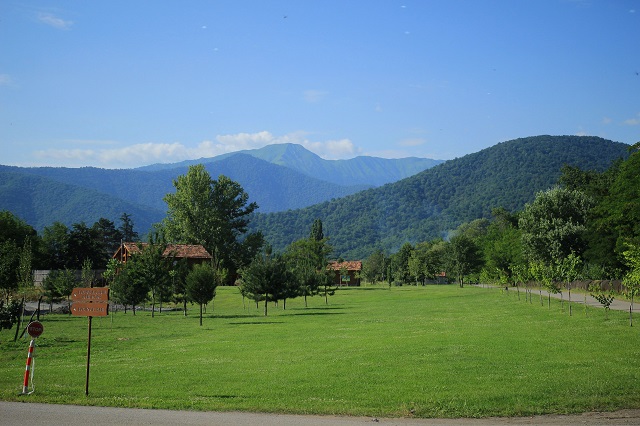