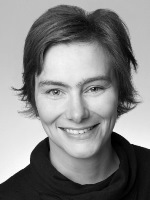 From 2003 to 2011 Inka Schoewe was research associate at a Jean Monnet Chair at Ruhr-Universität Bochum. As an executive assistant of the Institute of European Ecomnomics she was responsible for the organization and coordination of the publication series of the institute and the interdisciplinary lectures from 2007 to 2011.

From 2004 to 2008 und again from 2010 to 2011 she was in charge of the teaching of Afghan visiting lecturers in several marcoeconomic topics within the DAAD project “Bachelor Training in Management and Economics for Afghan Lecturer“.

From 2012 to 2016 Inka Schoewe was a lecturer at the Sektion für Sozialpolitik und Sozialökonomie at the socioscientific faculty of the Ruhr-Universität Bochum and held several courses in Economic Policy and European Economic Policies.

Since 2010 she works as a lecturer for several universities and institutions.

Her main focus is: