During the four-day seminar participants from Georgia, Moldova and the Ukraine came digitally together, got to know each other and learned about the enlargement process of the European Union.

The seminar started with a technical check-up and an introduction round, which was then followed by a warm-up question: “Europe – why is it important to me?“. Working with the interactive tool “Mentimeter” the participants shared their thoughts about Europe and the EU. Values which Europe stands for like peace and justice, cooperation, gender equality and the rule of law were highlighted by the participants.

A presentation on the history of EU enlargement and the legal framework for accession - as well as a quiz on what they had heard - followed, giving participants the opportunity to deepen their knowledge in the run-up to the simulation.

Next, the role papers were distributed. They contained information on the positions that the participants were to represent in the next few days. They took on roles as Members of the European Parliament, as Ministers of the Member States of the European Union and as representatives of the candidate countries Serbia and North Macedonia.

As the simulation is about turning back time and negotiating whether these two countries will be granted candidate status, the representatives of the candidate countries first prepared an application and then faced questions from the EP and the Council.

Both hearings started with a very well-prepared presentation by each candidate country. This was followed by intensive and critical questions from the European institutions in order to gather as much information as possible for decision-making.

In the end, some of the effort paid off: following the decision of the Parliament the Council granted Serbia the candidate status, albeit with the time restriction that the accession process should not start before 2024. Nevertheless, the EU institutions also underlined the closeness to North Macedonia and the will to cooperate with this country on many issues and to support their development.

The seminar ended with a debriefing and evaluation session in which participants expressed their enthusiasm for the simulation as a participatory learning method. They said they had learned a lot in particular about the two Balkan countries (Serbia and North Macedonia), but also about the functioning of the European institutions. In the end, they were especially grateful for the opportunity to get to know other politically interested and committed young adults from different countries and to engage in exchange with them.

The event was conducted by a German team of the Civic Institute for International Education on behalf of the Konrad Adenauer Foundation’s South Caucasus office in Tbilisi, Georgia. 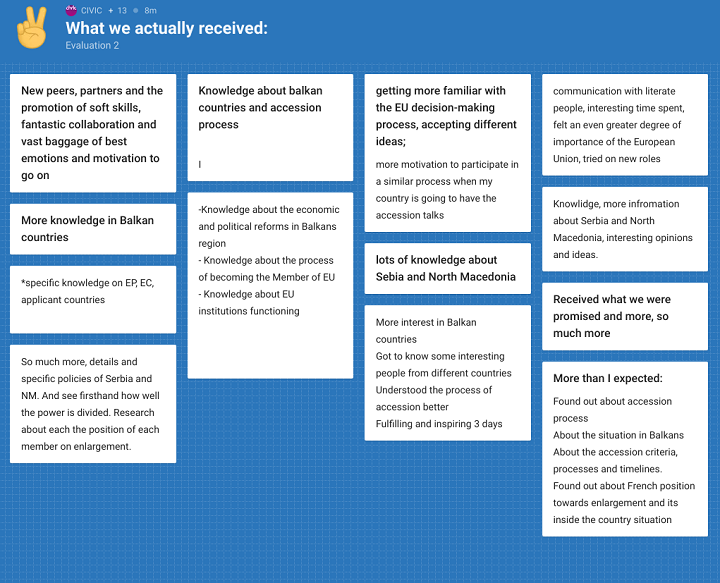 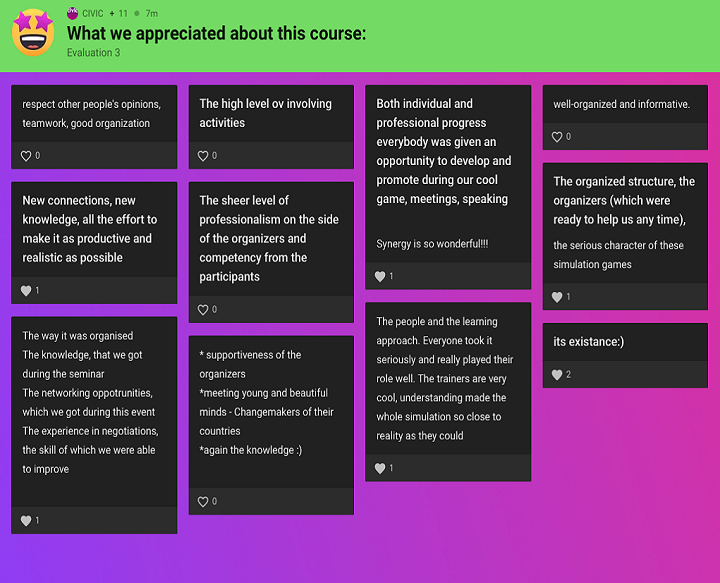