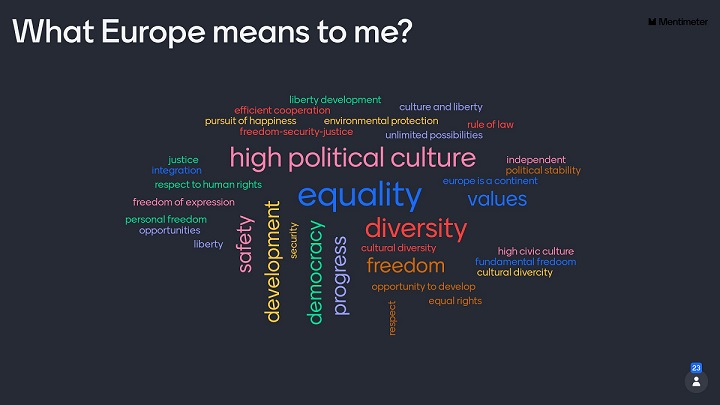 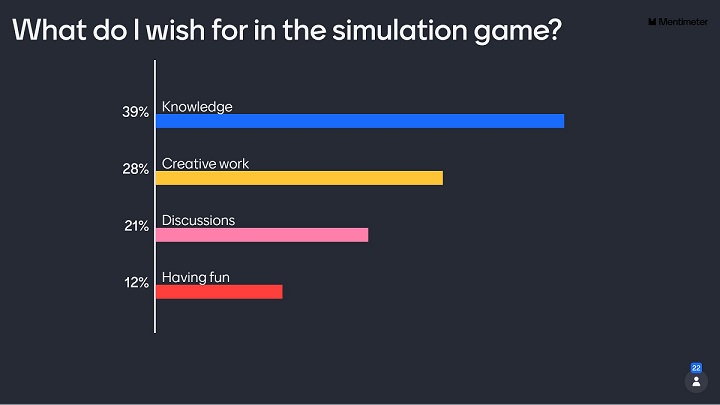 The central question for the participants of the seminar „EU Accession Negotiations - Focus Balkans” was about the enlargement of the European Union. In 2004 and 2007, twelve Central and East European countries joined the European Union. In 2013, Croatia, another part of former Yugoslavia, followed. Who will achieve next the desired status of an official EU accession candidate?

On the first day of seminar, we started with some methods to discuss European values and first impressions about the European Union. Also, we had some welcome addresses on behalf of the Committee on European Integration of Parliament of Georgia and the Konrad-Adenauer-Foundation. Ms. Maka Botchorishvili, Chair of the EU Integration Committee of the Parliament of Georgia, addressed the participants on May 6.

A group of young students and professionals connected to the Zoom conference room from Georgia experienced four days filled with entertaining debates, inspirational speeches, exciting negotiations and thrilling decisions - all about the question whether Albania, North Macedonia or Serbia will enter the European Union soon. Between the European Parliament, the European Commission and the Council of the European Union, there was a disagreement about the progress the three countries made in recent years. According to the Commission's decision, only North Macedonian was considered for the candidate status. After the Commission's decision, the Parliament and the Council of the European Union also confirmed the candidate status of North Macedonia. Regardless of the outcome, all applicant countries had prepared extensive requests, while all participants have been intensively engaged in the negotiations.

For the feedback we discussed two questions. First, we talked about the political culture and culture of discussion during the simulation game and the conclusions that can be drawn from this about reality. The second question related to the advances that can be drawn from the simulation game on politics in Georgia. The participants will help shape the future in Georgia. Therefore, this point was especially important in the feedback.

This simulation game was a part of annual European Days that have been celebrated together with the Parliament in Georgia since 2010.

On 15th of May concluding debates will take place in Georgian Parliament, where in the format of the European Parliament, participants will debate on granting Georgia the status of if the candidate country. Best debaters will have the chance to participate in the study visit in Brussels that will be organised by KAS Georgia.

The event was conducted by a German team of the Civic Institute for International Education on behalf of the Konrad Adenauer Foundation’s South Caucasus office in Tbilisi, Georgia.