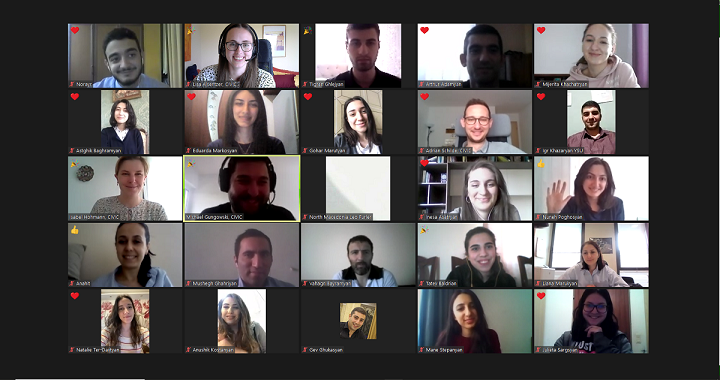 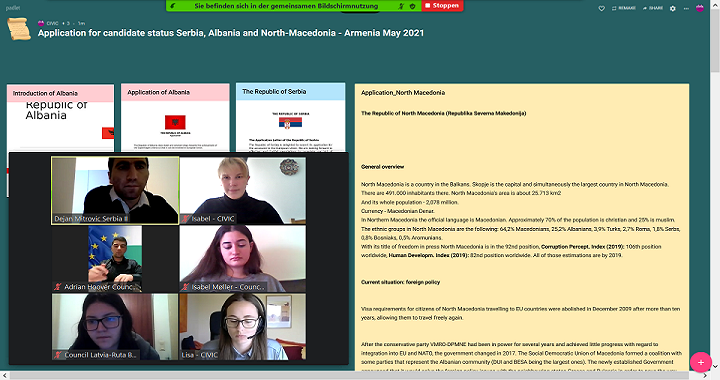 During the 4-days event “EU: United in diversity” 29 participants from Armenia got to know the EU, its key players and its accession policies better.

The first day started with a hybrid format where the participants could meet each other in person in Yerevan at the headquarters of the Konrad-Adenauer-Foundation Armenia while the CIVIC trainers were calling in from Germany through Zoom and guided through the process of getting to know each other.

From day 2 onwards the seminar was conducted online, so all participants connected through Zoom again. After discussing opinions on the questions “What is your definition for “European” in one word?” and “What comes to your mind when you think about the European Union?”, which were already raised on day 1, a presentation about the EU, its key players and its accession policies marked the beginning of the simulation game to assure that all participants had the same knowledge for the upcoming negotiations.

Throughout three hearings of the institutions of the EU and two press conferences the applicant countries were interviewed on their motives and their progress in their efforts to meet the Copenhagen criteria. During the press conferences the media representatives also addressed several questions about the readiness of the European Union to receive the newcomers to several member states. In the end the Council voted to give North-Macedonia and Serbia the status of an acceding country after taken the statements of the European Commission and the European Parliament into account.

The seminar was characterized by the committed, interested and also critically questioning participants. We had intensive, concentrated and educational four days. At the end of the simulation a debriefing took place where the participants expressed their gratitude for the chance to work and connect with the like-minded people. Furthermore, they said that the participative method of the simulation game helped them to improve their collaborating and negotiation skills.

The event was conducted by a German team of the Civic Institute for International Education in cooperation with the Konrad Adenauer Foundation’s office for Armenia. 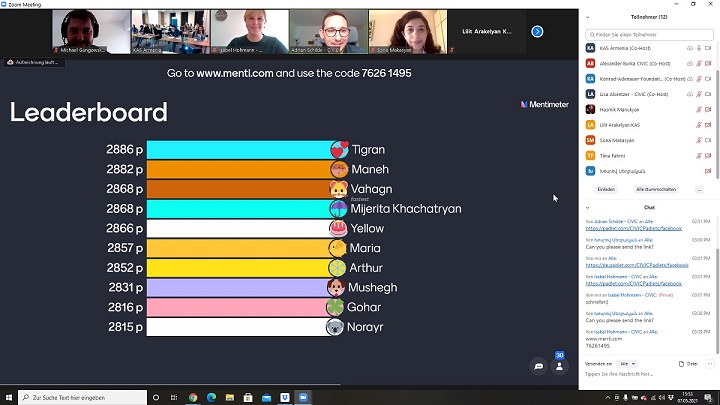 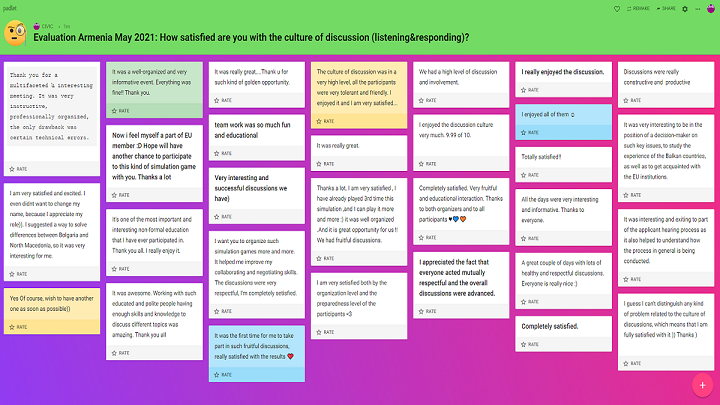