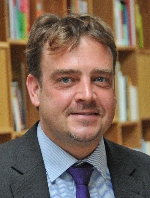 Since winter term 2004, Markus W. Behne has been assistant lecturer and scientific employee at the Institut für Politikwissenschaft (Institute for Political education; today Institute for Social studies) for the fields of Theory and Practice of the European Integration and European Policies at the Carl von Ossietzky University Oldenburg. He is former National Coordinator for the Comenius project "Europe as a Learning Environment in Schools". The topic of his doctorate is "European Civic Education- a political consciousness strategy for non-formal purpose".

He is active for numerous State Agencies for Political Education (Landeszentralen für politische Bildung), political foundations and further bodies responsible for Political Education. There, he works in the fields of economic, historical and political formation of Europe and democracy as university lecturer and author. A special area of interest in this context is the development of methods. He worked in the didactic management team of the Lower Saxon State Agency for Political Education (Niedersächsische Landeszentrale für politische Bildung) until its dissolution at the end of 2004. Markus W. Behne is the expert in the field of institutions and decision-making processes, as well as the policies of the European Union.